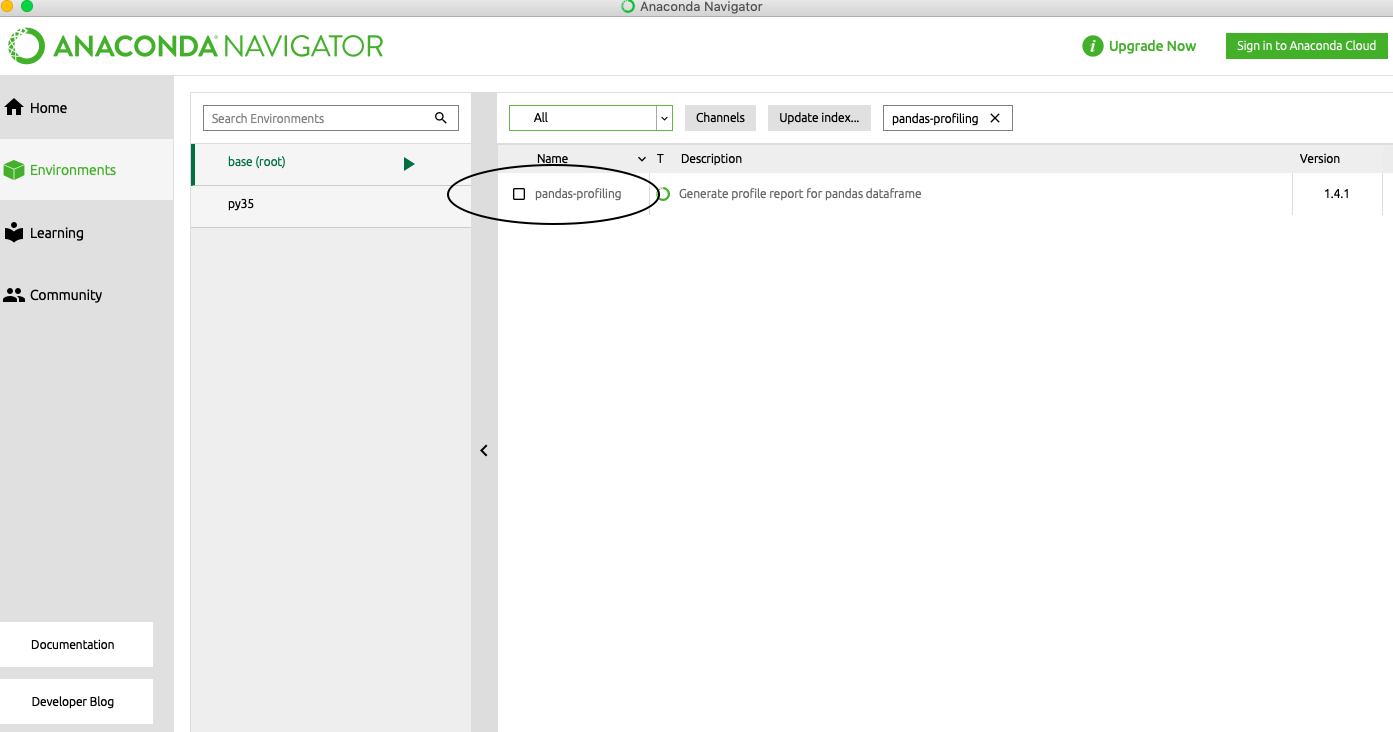 A frined of mine was signing the prasises of Python virtual environments recently so I decided to try and figure out what he was talking about. Turns out creating a virtual environment is pretty straightforward (as least in Anaconda) and super useful.

Answers to some simple questions

Really, I’ve just been monkeying with separate environments for a couple days so answers to simple questions are really all I got at this point.

What is an environment?

From the Research Cookbook:

A named, isolated, working copy of Python that that maintains its own files, directories, and paths so that you can work with specific versions of libraries or Python itself without affecting other Python projects. Virtual environmets make it easy to cleanly separate different projects and avoid problems with different dependencies and version requiremetns across components.

But do I really need separate environments?

Maybe not. I just had a hallway conversation with 2 colleagues:

The other felt that virtual environements are clunky, have a tendency to muck up your system with mulitple copies of the same library, and aren’t really necessary unless your dealing with lots of versioning conflicts…which in this colleague’s experience was kind of rare. This individual prefers to create virtual environments sparingly and only in the small number of cases where a versioning conflict actually arise.

I can’t say I have a good sense of whether or not virtual environments will become part of my regular workflow…but I’m kinda glad I at least know what they are and how to create them.

I have a machine learning application that I’m working on with a colleague. In this case, my co-author is doing most of the heavy lifting and I’m mostly just testing code, interpreting results, and doing the writing. I need to be able to run his code which depends on a bunch of ML and AI libraries. Also, my co-author uses Python 3.5 while my Anaconda root environment is currently using 3.7.

Per the Conda documentation, creating a virtual environment is rediculously easy. Open the terminal (I prefer to open a command prompt from with the Anaconda Dashboard because - for a variety of Windows related reasons that I don’t like - this is how I have to do things at work where Macs are VERBOTEN!!) and do:

In this case, I’m creating a virtual environment called py35 that will use Python version 3.5. Note that I have not yet declared any libraries to be included in this environment.

You’ll also likely notice that I messed up the really simple command line inputs a few times before I got it right…I left them in the screen shot to add some authenticity to the blog. Please don’t let my shyte coding distract you. 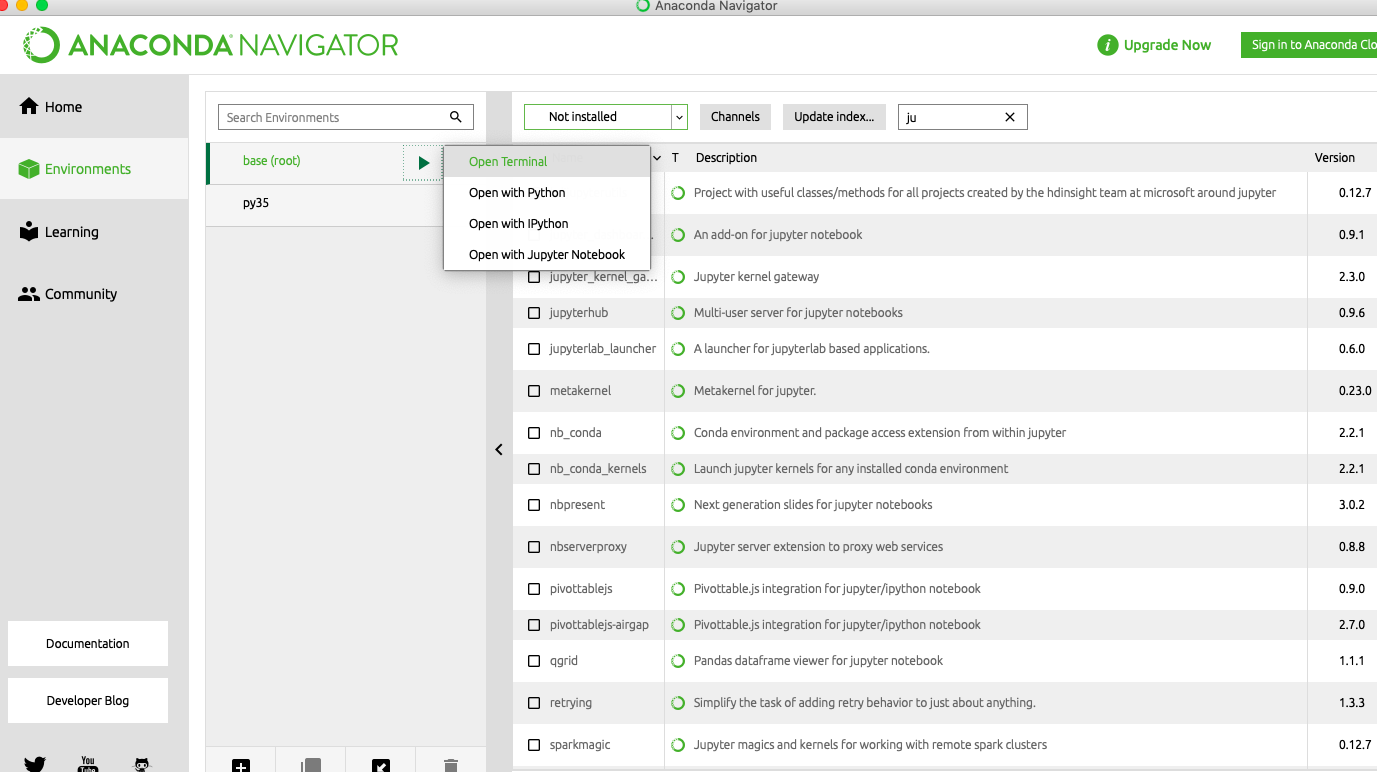 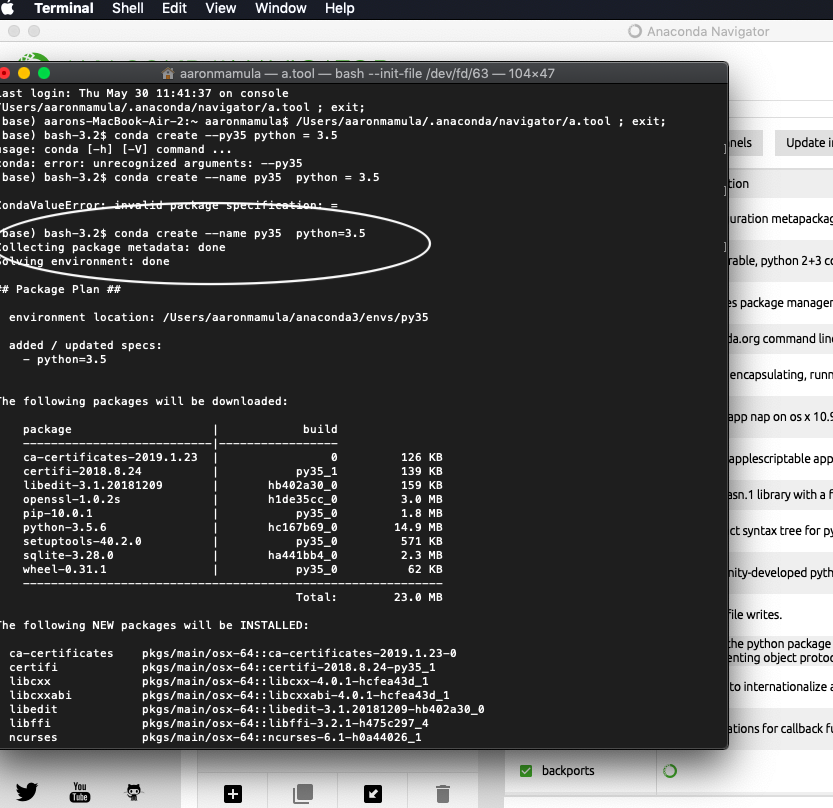 Also notice, that even though I have not specifically installed any packages/libraries in this environment, the environment is created with a BUNCH of stuff in it. It seems that by default Python/Anaconda will create a new environment with all of the packages in the base environment. 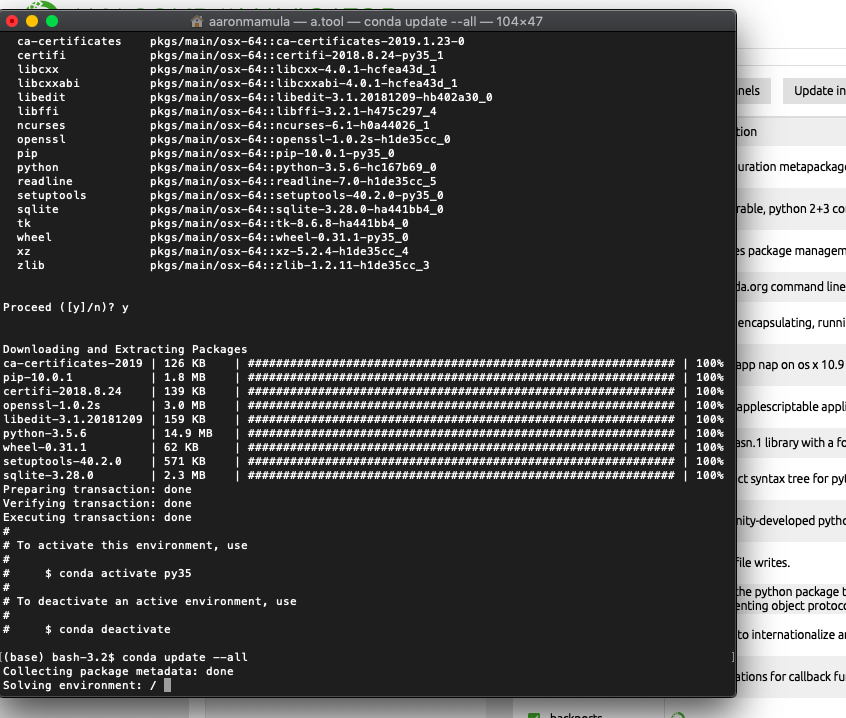 Again, Per the Conda documentation I can switch over to using my new environment with:

Add some stuff to the environment

Here is the header line from a Jupyter Notebook that my coauthor send me:

Right off the bat I’m pretty sure that I’ll have to install the pandas-profiling library to my environment. This happens just the same way I would add a package to the base environment: Open the terminal/command line and, 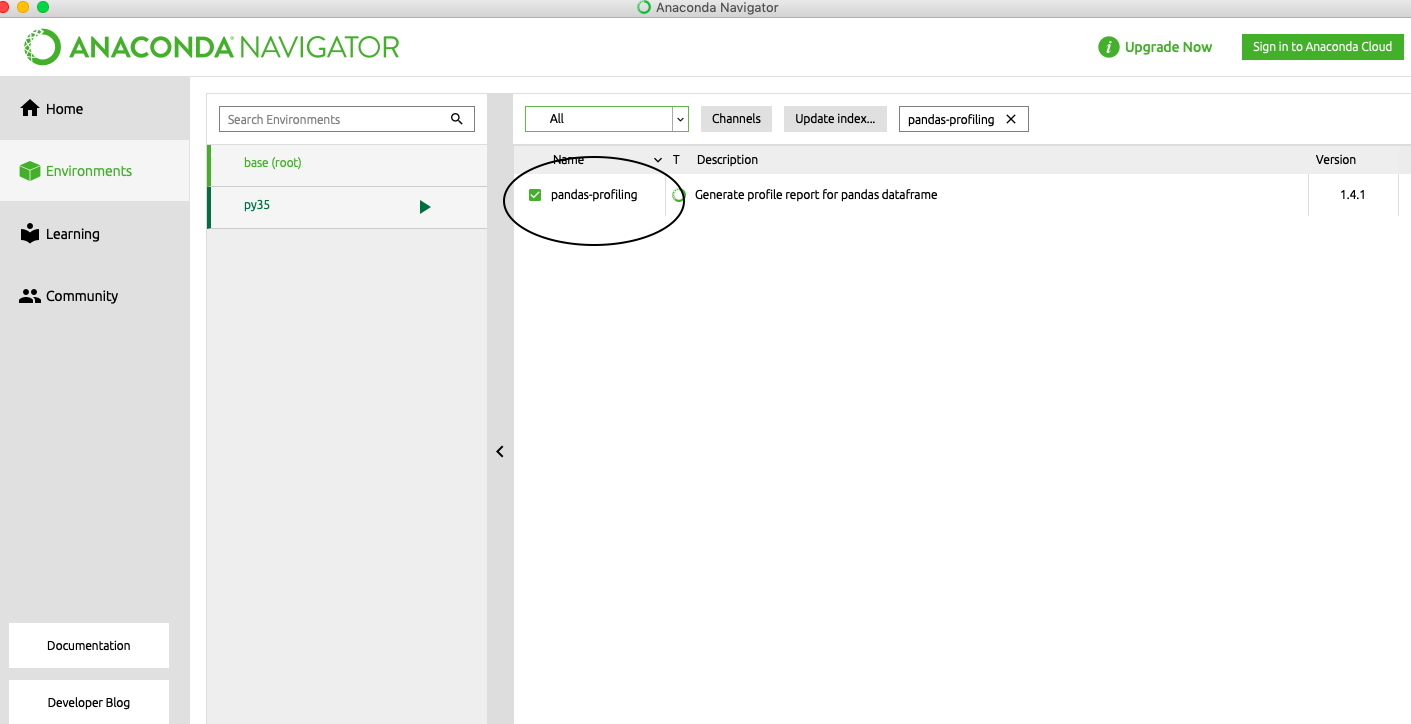 More on installing packages in a virtual environment

According to the Conda repository one should add all necessary packages to an environment at once (presumably when the environment is created). While this sounds perfectly reasonable to me, it also sounds like a practice I’m not likely to adopt any time soon. At the moment the major utility I can see from working with virtual environments is having a separate work space available for projects where I need to be able to run or test other people’s code. In this case, at least in the short run, I’m probably more likely to follow the iterative process of: